You are here: Home

“Recognized by the Community as its greatest asset, the Leicester Schools engage every child in rigorous student-centered learning in a safe and technology rich environment.” 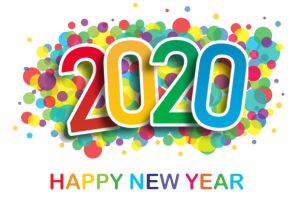 As we approach the Schematic Design finish line, please make note of the following upcoming meetings:

In 2018, the Town of Leicester engaged with NV5 as the Owner’s Project Manager and Finegold Alexander & Associates (FAA) as the Architect, to undertake a Feasibility Study and Schematic Design for the Leicester Middle School project. as the study developed, it became clear that the optimum solution for the Town of Leicester and Leicester Public Schools, would be to create a Pre-K to grade 8 school. The two schools combined under one roof model would strengthen the educational program while providing the most economical solution for the Town. The MSBA approved the Feasibility Study at their August 2019 Board Meeting. The project is the construction of a new Pre-K to 8 Leicester School, for 930 students, on the current school site, located at 70 Winslow Avenue in Leicester, MA.

The scope of work entails the construction of a new facility on the current campus site. The new, three-story building will be constructed in one phase. The students would not need to relocate during construction as the entire current middle school would be demolished after the new school is built, after which new play fields and a parking lot will be built. Overall, the building is being designed into zones, separating the lower school (grades Pre-K to 4) and the upper school (grades 5 to 8). Academic programming will be dispersed throughout the wings, organized by grade neighborhoods with flexible learning spaces. Core facilities such as the gymnasium, cafetorium and music will be located on the first floor and will be available for community use.

When will the new school open?

These some very important upcoming milestones, which are critical for the project to stay on track and continue to develop.

An approved vote in June 2020 will allow the project momentum to continue to next steps towards a NEW SCHOOL OPENING IN SEPTEMBER 2023!

If we don’t build now, what will happen?

How big will the new school be?

The new school is being designed to be three stories, at 140,000SF, with high efficiency building systems and state of the art technology.

What are some features and benefits of the new school?

The project team submitted the PDP (Preliminary Design Program) to the MSBA on April 16! The PDP included concept diagrams which are very early diagrams intended to show options for siting, building size, shape and approach. Please note that at this very early stage in the design process, these drawings do not reflect program layout adjacencies and details. These concept diagrams were presented to the School Building Committee on March 21, 2019.

Note: A series of three (3) Educational Visioning Workshops recently took place, at the Leicester Middle School. The workshops were led by the Architect’s educational programming consultant, David Stephen, of NewVista Design. All participants were fully 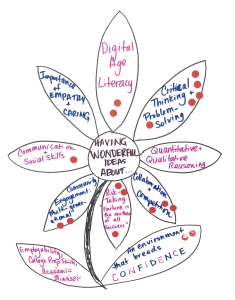 engaged and lots of great information was gathered to help establish Design Priorities and Guiding Principles which will assist the project team in creating a road map to design a new facility! Documents from the workshops (including agendas, notes, presentations and photos) have been posted and can be viewed on this website under the “Presentations” tab.

For those who have been following the project, the Town of Leicester was invited by the MSBA into the Eligibility Period back in February of 2017. Progress Timeline has been created showing the many steps which have transpired including the Eligibility Period, Forming the Project Team and Feasibility Study/Schematic Design (current phase) as well as projected dates through Town Approval and Funding in May 2020.

Information can be found here about the Feasibility Study performed in 2015 as well as supporting documents including a Video and Pictures of the Middle School, Community Presentation and Letters and Documentation.

Note: Please read a letter from the MSBA about the closure of the Leicester Memorial Elementary School. The School Committee is scheduled to vote on January 22, 2019.

Remember to check this website frequently for upcoming meeting information as well as past meeting minutes and presentations and general project updates. For project inquiries, please contact: 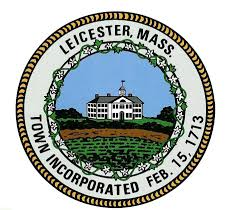 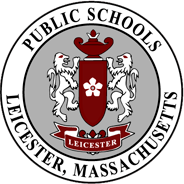